IS EMPTY-HANDED SELF-DEFENSE THE SAME AS KNIFE DEFENSE? 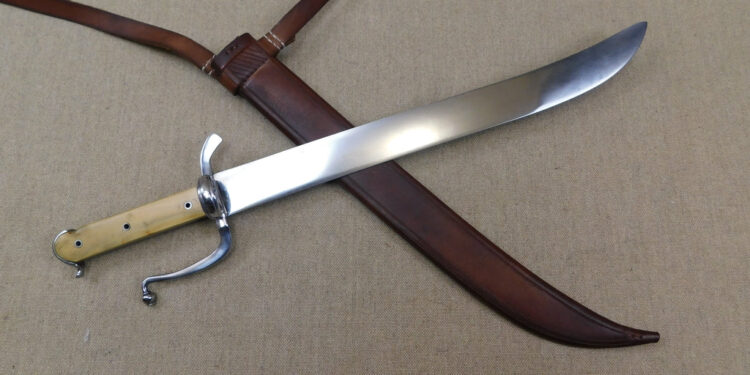 The popular martial arts concept of practicing your self-defense techniques empty-handed, as if your opponent always had a knife, may seem wise to the ignorant – but it is highly deceptive. Using the same methods against an assailant with taschenmesser  empty hands as against an assailant with knives has little basis in forensic reality. The nature of the knife and the techniques used in knife attacks preclude this.

Despite what you see in many dojos, movies, and television, when someone is armed with a knife and has homicidal intentions, bare-handed sleight of hand will almost never prevail, especially in a lone or gang assassination-style attack.

The way I learned to use a knife as a killing tool isn’t based on a stab/slash-by-numbers method. From the beginning the whole body is used and the knife is part of the body. Movement is from almost any position with no set up. Using the 5 principles of balance, looseness, body unity, sensitivity and adaptive movement along with any hand weapon is an improvement on the use of the weapon , but regardless , the knife also has advantages that bare-handed combat can never match.

First of all, a knife needs very little pressure to cut through meat. A knife makes all parts of the human body vulnerable, while hands and feet are far more limited in the amount and type of damage that can be dealt in a fight. The sheer ferocity and chaotic nature of a homicidal knife attack that includes surprises and multiple stabs and slashes from virtually every direction makes most hand-versus-knife self-defense techniques a sad joke.

Ironically, based on thousands of forensic crime scene reports and personal experience, I found that the basic brutal attack methods I first learned as a child with my father and uncles were legitimate and far more realistic than what I later found in traditional dojos (oddly enough offensive knife methods are often made less deadly with traditional training because of pattern predictability, but that’s a topic for another article). The after-action reports and my direct work on murder scenes as a knife bloodstain expert showed me that the basic, seemingly insane tactics from West Virginia validate the truth that NO knife attack or fight is ever predictable.

Stylized “waving” and close contact hand-versus-knife methods fail when put to the test in our insane knife fighter/assassin simulations.

Regarding the question “is it better for combat to practice bare-handed techniques than if your partner were armed with a blade?”

The answer is simply NO:

A well-trained knife fighter can inflict incredible damage on even multiple unarmed opponents. The human body is all flesh and bones (which is what a knife is meant to cut); Blood flows easily, not to mention that muscle activity breaks down due to severed muscles, tendons and nerves.

Yes, there are other methods of fighting a knife that will tip some of the fight in your favor, but the fantasy stuff in movies like The Hunted will kill you. We prove this over and over again in seminars where knife movement is based on irrational-knife-wielding-insane training drills. Even using a knife against a knife-wielding maniac doesn’t bring much benefit, if any. In most cases, the insane deals as much or more damage than the trained, stylized, and methodical knife wielder. Try it yourself. Use big red magic pencils instead of practice knives and long-sleeved white shirts. Try it in all sorts of places like stairwells, elevators, or inside vehicles. The red ink marks easily show the potential devastation.

First of all you have to train for the 2 second fight. Here we explode with a barrage of punches and kicks from all necessary directions. There can be, and often is, more than one attacker as in robberies. Their defenses must be exceptionally strong and lightning fast, focused on the main targets: the eyes and the throat. You must do what must be done and is appropriate. Your counterattack should be over in less than 2 seconds. Move in a way that makes you unavailable but unavoidable, and don’t wrestle with your attacker.

If any items come in handy

Of course, if any items are handy, use them to keep the knife at bay or whenever possible to hide. A chair is a good example of this. I actually used one in a knife fight to separate two determined knife fighters within the confines of a kitchen.

Fight from a deficit position

Unfortunately, if you’re attacked at close range without warning, you may find yourself fighting from a deficit position. You may bleed and one or more of your limbs and organs may be severely injured.

Don’t forget the blood factor. Blood on the floor is very slippery. I call this type of fight a blood dance for obvious reasons. You can’t hit with a knife.

Try a Coffee Subscription This Year